Senegal is a very dynamic country on the international scene.

Since January 2016, Senegal has been a non-permanent member of the UN Security Council.

The Senegal in International Rankings

Senegal is ranked amongst the first 10 countries having improved the most their regulation of the business climate.

The Republic of Senegal in International Rankings - presidence.sn 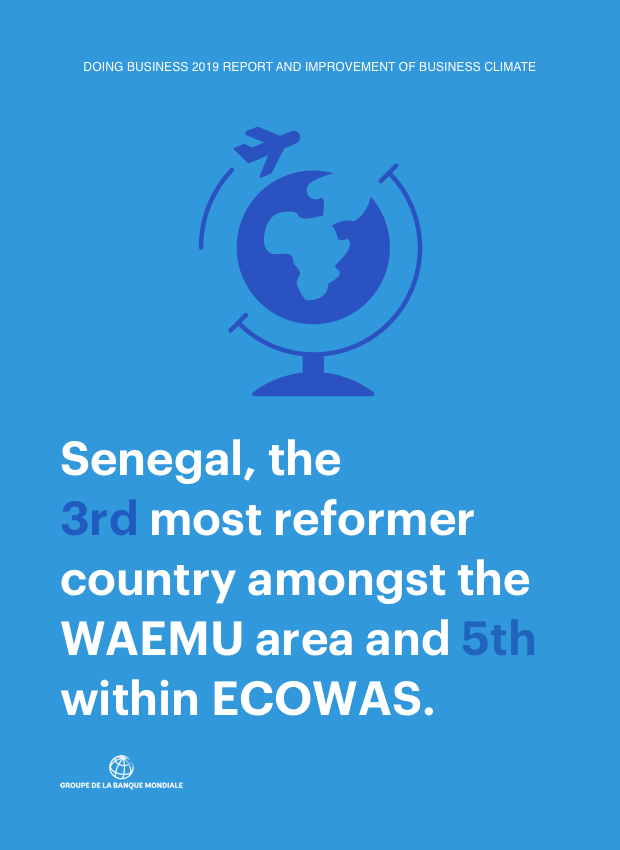 Since 2012, Senegal has made remarkable progress in the World Bank's Doing Business world rankings. It completed six reforms in the 2015 report, 4 in 2016, another 4 in 2017 and 5 reforms in 2018, making a total of 19 reforms in 4 years. Senegal is moving up the ranking in leaps and bounds, and has gained 37 places between 2012 and 2019 by making significant improvements to the legislation governing its business climate: “Thanks to its reforms, Senegal is steadily closing the gap to the best practice seen elsewhere.” Senegal is the 3rd most-reformed country within the WAEMU.

“Senegal has made it easier to register property by reducing the time required for transfer and registration... ...It has facilitated the performance of contracts by adopting a law regulating all aspects of mediation as an alternative mechanism for resolving disputes”, the report underlines. Senegal is also among a number of countries that have made considerable efforts to improve administrative procedures and has expanded its framework for alternative methods of resolving commercial law suits, notably by instituting a system of commercial courts.

The report also notes that Senegal has enacted reforms in six of the ten areas monitored in the Doing Business survey. In 2005, for instance, importing goods from overseas took 27 days. “Now it takes 14 days, the same time as Poland” the report says. 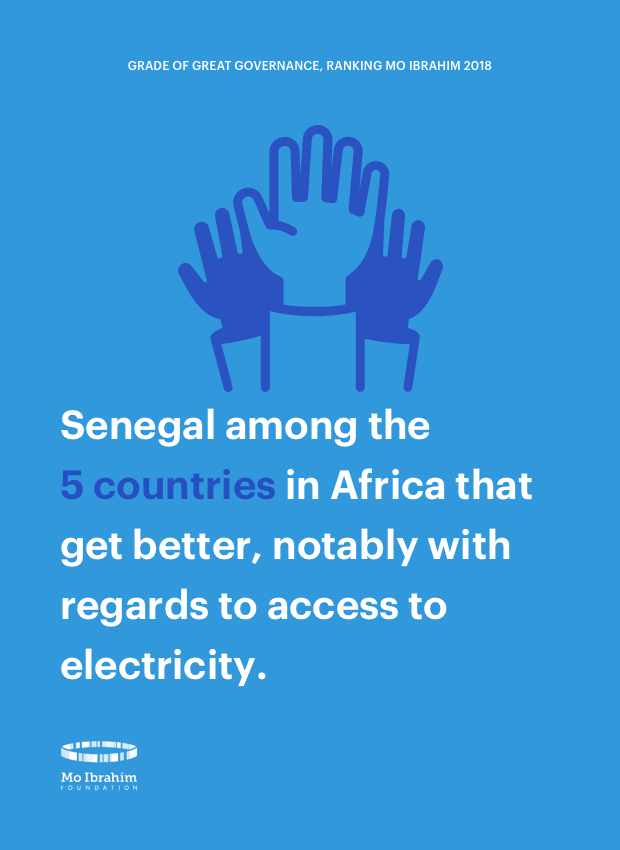 Much of the progress made by Senegal falls primarily within the index's ‘human development’ category. The Mo Ibrahim Index report particularly highlights the advances Senegal has made in fighting poverty and improving public health.
According to the report, the biggest improvements over the last ten years have been seen in Uganda (+31.0), Senegal (+28.5), Zimbabwe (+28.5), Cape Verde (+23.7) and Chad (+19.7).

Senegal has improved its score by 3.7 points since 2012. Particular improvements have been made in fighting poverty and improving the health of the population.
Since the government peacefully changed hands for the second time in 2012, Senegal has committed to a range of reforms designed to create a more attractive business climate, with changes aimed at promoting good governance chief among them.

It is worth emphasising that good governance is at the core of the Plan for an Emerging Senegal, which has been the overarching framework for Senegal’s public policy since 2012.
The 7 key measures that have transformed governance in Senegal since 2012 are the transparency code for management of the public finances, the reform of the Court of

Auditors, the establishment of the National Office for the Prevention of Fraud and Corruption (NOPFC), decentralisation of decision-making as set out in Act III, the requirement for all public office-holders to declare their assets, reform of the judicial system, and Senegal's participation in the Extractive Industries Transparency Initiative. 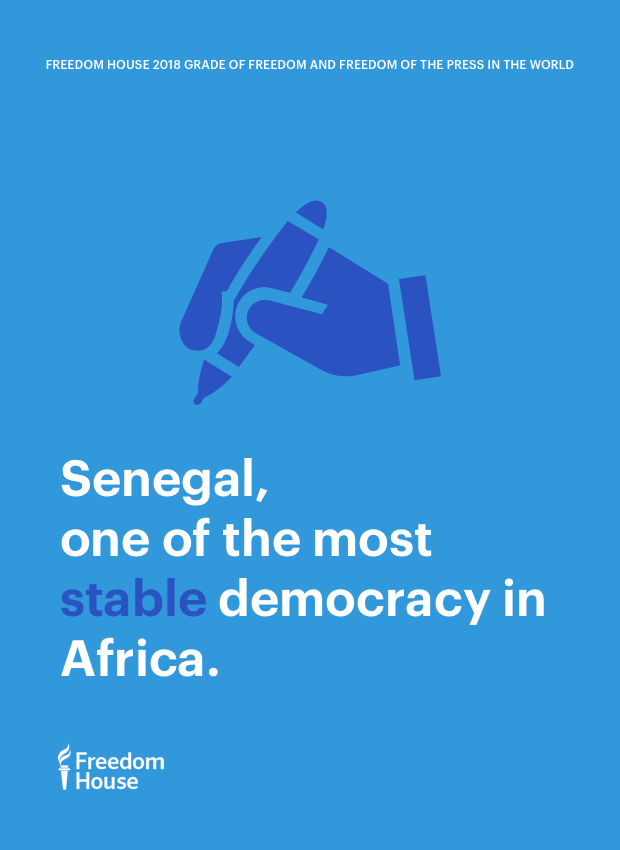 Since 2012, Senegal has moved from the ‘partially free’ category to ‘free,’ notably as a result of the peaceful transition of power in 2012.

Senegal is one of Africa’s most stable democracies and has seen two peaceful transitions of power between rival parties since 2000. The report highlights that the country is known for its relatively independent media and public engagement in free expression and debate.

Election observers’ positive impressions of Senegal's transparent electoral system figure prominently, while the respect accorded to the rights of the different sections of the population to full political rights and electoral opportunities are also underlined. This respect was further strengthened by the constitutional referendum of 2016 (15 of the 165 seats were reserved for the Senegalese diaspora in 2017).

Senegal scores well in the 2017 report by American NGO Freedom House, which classes the country of Teranga as a democratic state. 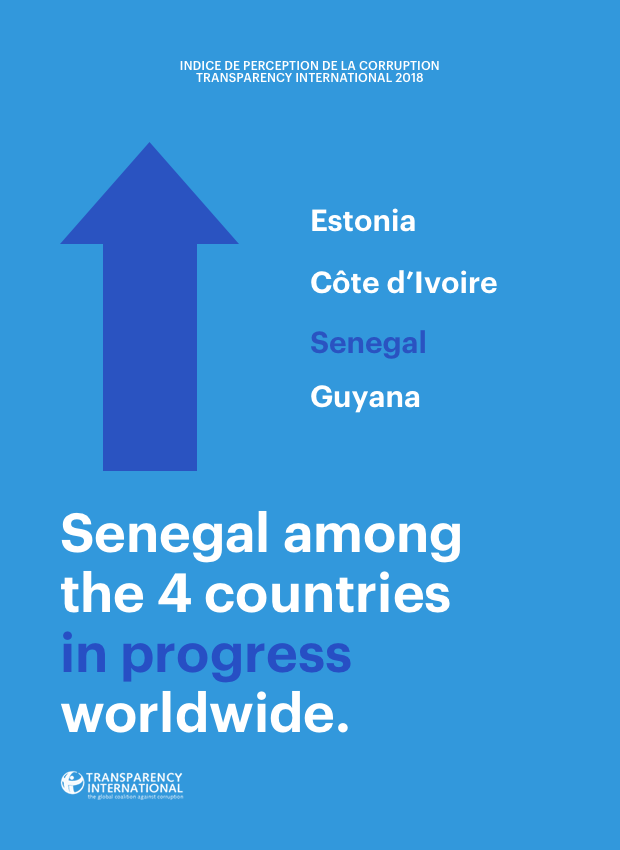 In Transparency International's latest Corruption Perceptions Index report, published in 2018, Senegal is among the four countries to have made most progress, along with Estonia, Côte d’Ivoire (Ivory Coast) and Guyana.

In the 2018 edition of the annual report by Transparency International, Senegal is among the ‘among the significant improvers on the Corruption Perceptions Index’ in sub-Saharan Africa for the second year in a row.

This progress can be attributed to the positive effects of legislation, policies and institutional reforms enacted in Senegal, as well as the political will the state has shown in tackling corruption.