Macky SALL, President of the Republic of Senegal.

The President of the Republic
in 3 questions

Who may become President of the Republic?

The President's Cabinet is headed by the Director of Cabinet.

The Presidency’s General Secretariat is led by a Secretary General, appointed by decree, and placed under the President’s authority.

Military Cabinet, Political Cabinet, Cabinet of the Minister in charge of Follow-Up on the Plan for an Emerging Senegal, other administrations.

Mrs Sall is proud to have contributed, alongside her husband before and during the 2012 electoral campaign.

To improve the daily lives of the most disadvantaged. 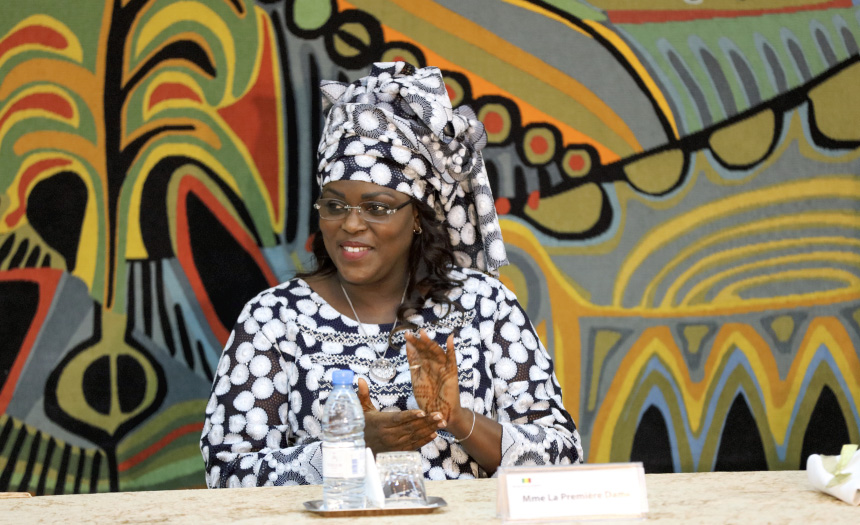 The First Lady of Senegal was born in Saint-Louis (northern part of the country), where she attended primary school before moving to Diourbel (central region of Senegal) with her family. The fourth child of a family of eight, she later specialized in electro-technical engineering. After graduating with a technical high school degree, she attended the Higher Institute of Technology at Cheikh Anta Diop University in Dakar with the ambition of pursuing a career in electrical engineering. She decided, after giving birth to her first child, to dedicate herself entirely to raising her family.

Given her Peule and Serer descent, and having grown up in a Wolof environment, she was immersed from a very early age in the values that now underpin the multiethnic stability of Senegal. Committed to a peaceful family life, she has attracted unanimous acclaim for her genuine humility and great ability to listen and communicate with the poorest populations and with young people.

Mrs Sall is proud to have contributed, alongside her husband before and during the 2012 electoral campaign and since his reaching the nation’s highest office, to making Senegal a new centre of humanism, with equitable and transparent sharing of opportunities that benefit the most disenfranchised populations and those made vulnerable by adverse conditions.

From the very announcement that the Serve Senegal Foundation was to be founded, Mrs Marème Faye Sall, who leads the foundation with a Board of Directors made up of prominent figures all working on a volunteer basis, Mrs Sall has directed her leaning for discreet humanitarian and social action to the benefit of those who need it most, in a disinterested outpouring of generosity, informed by the desire to make equity serve all and an unshakeable faith in a Senegal of stability and innovation that benefits the country and Africa.

Sharing in the concerns of the majority of her people and drawing inspiration from having, throughout her life, played a major role in the Senegalese people’s progress towards prosperity and social change, Mrs Sall intends to “serve Senegal” and Africa with determination.

Her philanthropic work began with helping patients who urgently needed the chance to receive hemodialysis and renal care, as well as the populations in distress in the flooded bottomlands, the most impoverished fisherwomen, and the most needy pilgrims traveling to the Holy Places of Islam.