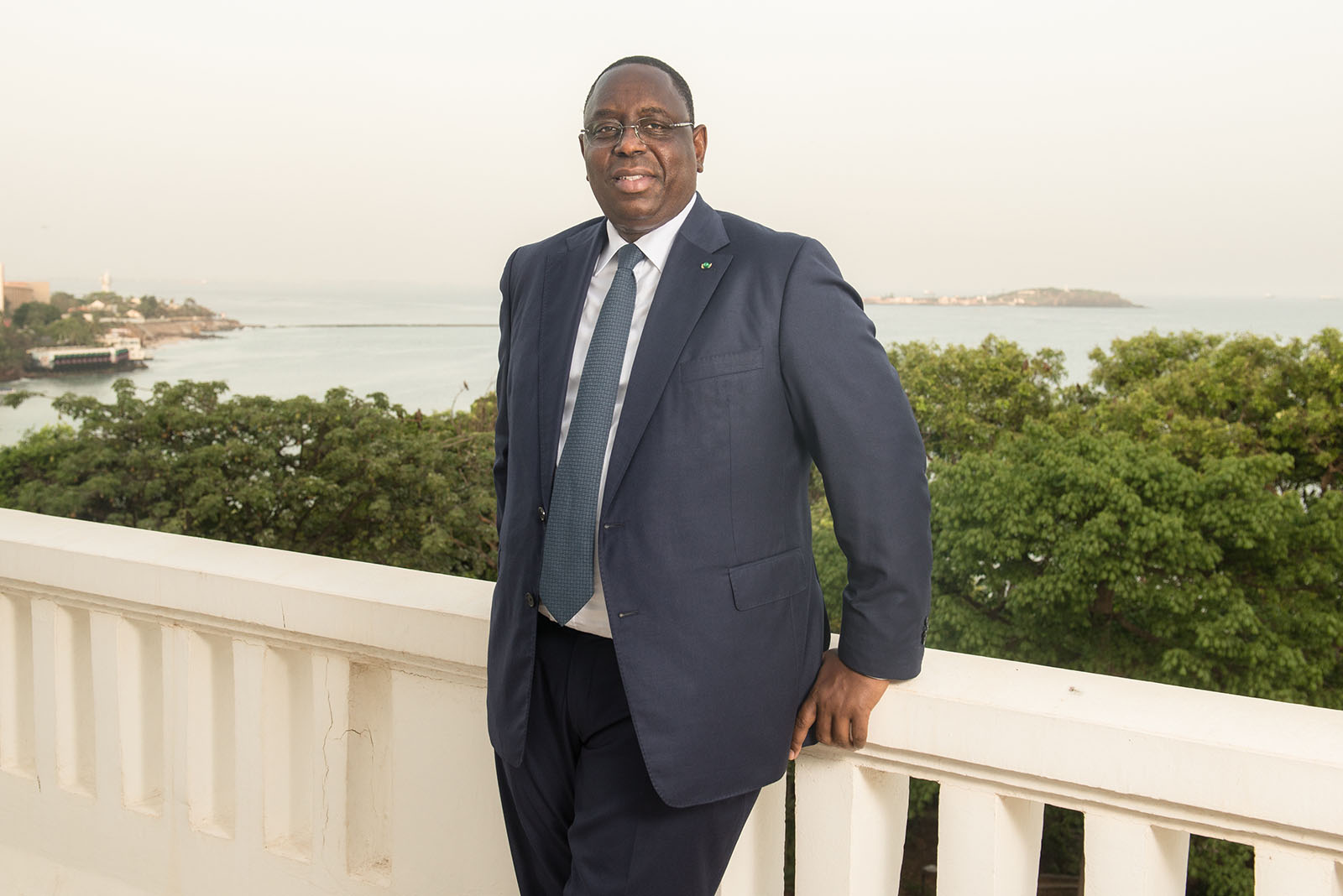 President Macky SALL, President of the Republic of Senegal

Macky Sall: President of the Republic of Senegal, Chairperson of the NEPAD Heads of State and Government Orientation Committee (New Partnership for Africa’s Development).

Born into a family of four siblings, President Macky Sall was raised in Fatick (central western region of the country) and in the Fouta region (in the north of Senegal). During his studies at the Faculty of Dakar, he joined the Marxist-Leninist Movement, And-Jëf. He would soon leave the movement, sharing neither its political ideas nor the boycott strategy it adopted toward the 1983 presidential election against the Left wing. Instead, Mr. Sall cast his vote for the Liberal Party, doing so again in the1988 presidential elections. He continued his studies and became a geological engineer and geophysicist, training at the Institute of Earth Sciences of Dakar (IST) and the National School for Petroleum and Engines (ENSPM) of the French Petroleum Institute of Paris (IFP). He is a member of several national and international associations of geologists and geophysicists.

Once graduated, he became part of the Senegalese Democratic Party (PDS) in the late 1980s.

From December 2000 to July 2001, he worked as the Chief Executive Officer of the Senegalese National Oil Company (PETROSEN) – where he served as Head of the Database Division for multiple years – as well as Special Advisor to the President in charge of Energy and Mines.

From May 2001 to November 2002, he held the position of Minister of Mines, Energy and Hydraulics.

From November 2002 to August 2003, he served as Minister of State and Minister of Mines, Energy and Hydraulics in the government led by Mame Madior Boye.

From August 2003 to April 2004, he was Minister of State, Minister of the Interior and Local Collectivities, and spokesperson of Idrissa Seck’s government. Concurrently, he was appointed 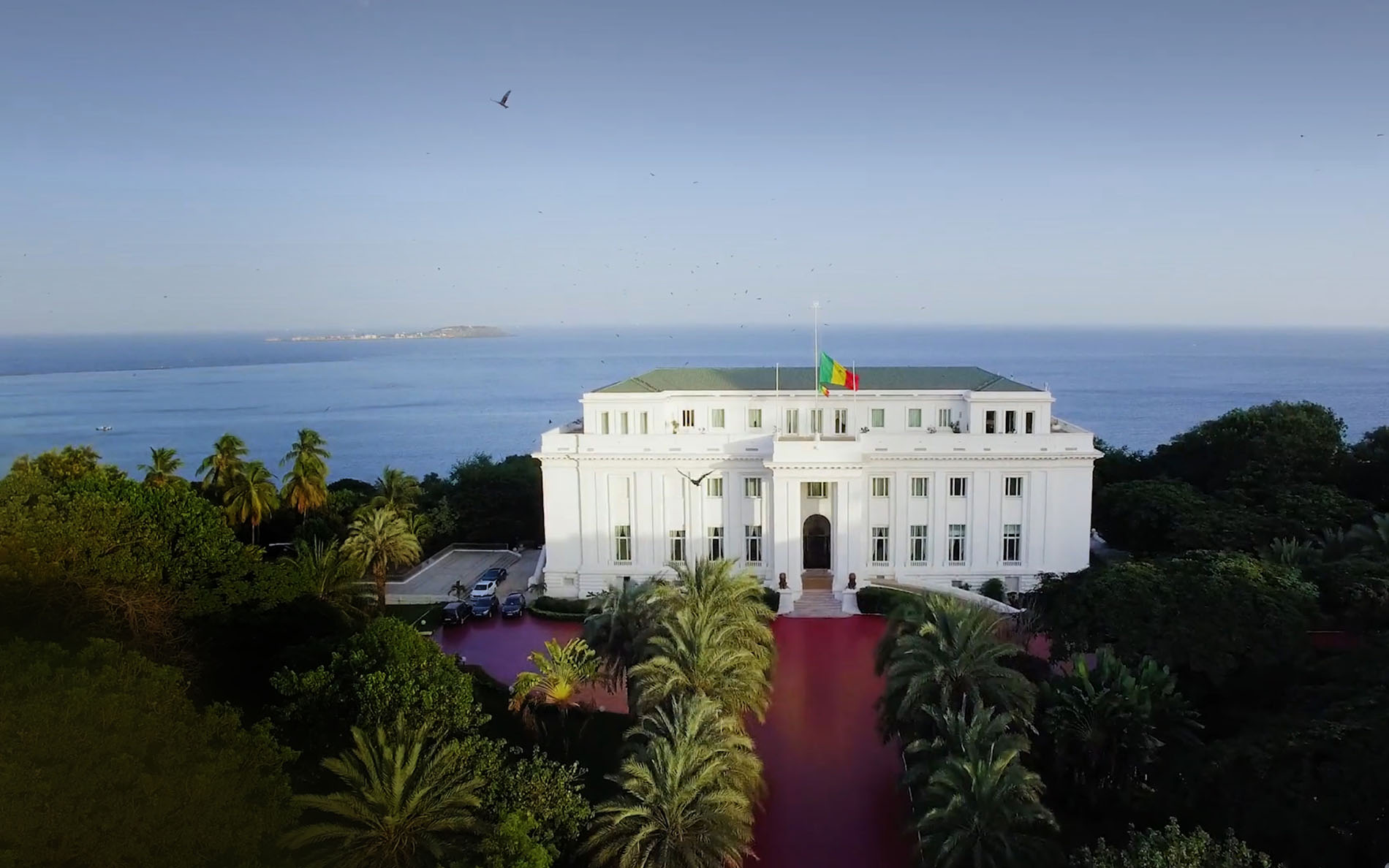 Macky Sall was appointed Prime Minister on April 21, 2004. He held that position until June 19, 2007, thus becoming the longest-servingPrime Minister at that time under the President. Initially little-known, he made his mark from his first keynote speech addressing the leaders of the opposition to introduce his general policy. Mr. Sall then proceeded to work on the implementation of State projects that had been shelved: highways, Dakar’s “Corniche” (coastal line of the Capital), the new airport, etc. Additionally, as Chief of Cabinet he ran the campaign for the President’s reelection in 2007.

President of the National Assembly 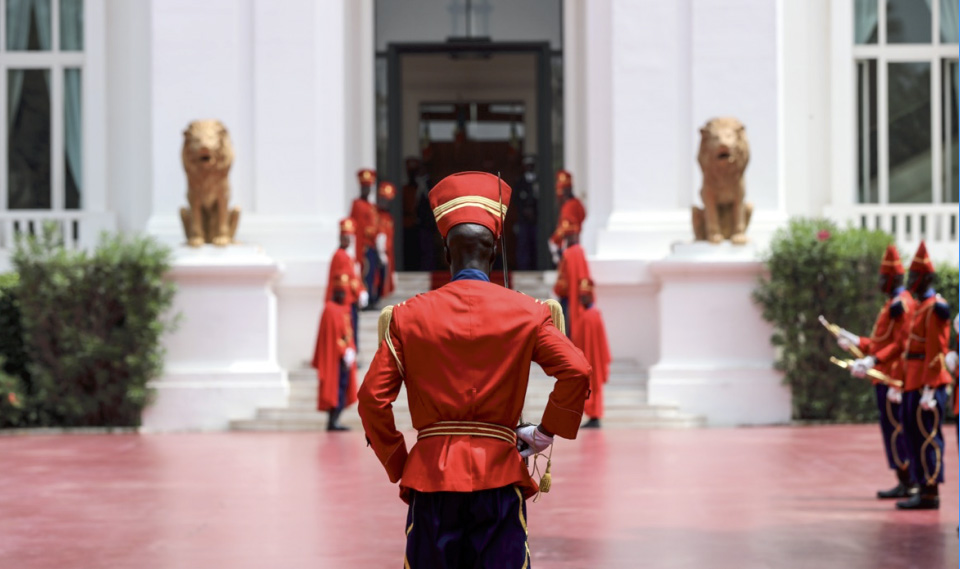 President of the “Alliance for the Republic” Party (APR-Yaakaar)

On November 9, 2008, during an official statement delivered in Wolof and French, Mr. Sall announced his departure from the Senegalese Democratic Party (PDS) as well as his removal from all offices he held thanks to the presidential party.

On December 1, 2008, he founded, with about thirty ex-officials of the PDS, the political party “Alliance for the Republic” (APR-Yaakaar), which won the local elections on March 22, 2009 in every municipality of the Fatick region, his stronghold. Through the coalition formed with the other parties belonging to the “Bennoo Siggil Sénégal,” the victory extended to the town of Gossas, twelve local communities in the North of the country, and three in the South, as well as all major cities of Senegal.

With his eyes on the Senegalese presidential election of 2012, Mr. Sall embarked on a tour of Senegal’s heartland as well as various major cities of the world to meet members of the Senegalese diaspora.

In 2010, according to an opinion poll, he was in the lead to win the presidential race in Dakar and in his own region. Being a polyglot – he has knowledge of Wolof, Serer, Pulaar, French and English – Mr. Sall also embodied a new generation in Senegal’s political history.

President of the Republic

As a candidate of the “Macky 2012” coalition, he campaigned throughout the country under the slogan “the path to true development,” while keeping the lines open with the Opposition Movement of June 23 (M23). Mr. Sall took second place in the first round, with 26.58% of the votes, compared to34.81% for the incumbent President. Before the second round, he rallied all defeated candidates in the Benno Bokk Yakkar coalition (meaning “united for the same hope” in the local language, Wolof) and won the election on March 25 over the incumbent -. The outgoing President called Mr. Sall on the same evening to congratulate him before the results were officially proclaimed by the Constitutional Council (65.80% of the votes, compared to34.20% for the incumbent).

Elected fourth President of the Republic of Senegal, Macky Sall was sworn into office on April 2, 2012 at the King Fahd Palace-Soleil Hotel

True to his promise to reduce government expenses, he removed certain ministerial privileges and abolished 59 commissions and directorates deemed unnecessary including: The National Agency of Senegal's New Harbors; The Directorate of Small Aircraft Construction; The National Agency of the Desert High Authority; The Senegalese Office for Industrial Property and Technology Innovation, which overlapped with the Senegalese Agency for Industrial Property and Technology Innovation. Mr. Sall also announced audits on his predecessor’s management.

Furthermore, Mr. Sall revived the Court for the Repression of Illicit Enrichment and announced the creation of a National Anti-Corruption Office and of a National Commission for Property Restitution and Recovery of Ill-Acquired Gains.

To help reduce the cost of living, the government announced a price reduction on oil, rice, and sugar. Retirement pensions were raised and peasants received emergency subsidies. To save the school year, several national conferences on education were planned. In the field of foreign policy, he focused on rebuilding traditional alliances and allowing Senegal to regain an important diplomatic role in Africa.

Having an outward vision looking to the world, concerned with his country's development, and devoted to ensuring transparent management of the country and public policies, Macky Sall is the symbol of a new generation in Senegal’s politics as well as across the whole continent.

It was in 2016, that President Macky Sall's comprehensive approach aimed at strengthening good governance and rule of law in Senegal - two goals already at the center of the reforms enacted in 2012 – took on concrete form.

Indeed, the year began with people’s approving the President's constitutional reform project during the referendum of March 20, 2016. Almost 63% of votes cast were in his favor, the result of national conferences and consultations carried out by the National Commission for Institutional Reform (CNRI) since 2012.

President Sall’s reforms were validated by referendum - the privilege of democratic societies and the highest expression of the free choice of citizens. The fifteen reform measures were aimed at: anchoring constitutional stability; modernizing, stabilizing and consolidating democracy; reinforcing the rule of law; and improving good governance in public affairs. The measures included: modernizing the role of political parties; allowing independent candidates to participate in all types of elections; recognizing new rights for citizens with the enshrinement of the right to a clean environment, as well as rights related to natural resources and land assets; strengthening citizenship through the enshrinement of citizen duties; reestablishing the five-year term and limiting the number of presidential terms allowed to two; extending the National Assembly’s powers in overseeing government action; and extending the competences of the Constitutional Council.

By conducting this reform, in line with the third pillar of the Plan for an Emerging Senegal, President Macky Sall supported the effectiveness and efficiency of State institutions, democratic consolidation, transparency in the management of public affairs, and made a plea in favor of the reinforcement of the rule of law and the representativeness of citizens.

Furthermore, the consultation of March 20 attested to the political maturity of Senegalese people. The Macky Sall administration is now working in conjunction with all stakeholders to take the measures needed for the effective implementation of these reforms adopted by the people.

February 2019: Re-elected for a second term of office

The election saw the highest turnout ever recorded at a Senegalese election, at 66.23%. The poll was conducted in a safe, calm atmosphere, and Senegal's voters went to the ballot box in droves to elect their next President of the Republic.
International and Senegalese observers alike all praised the way the ballot was organised and stated that the vote was both free and fair, due in no small part to the maturity of the Senegalese people.

On being sworn in for his second term on 2 April 2019, President Macky Sall again called for inclusive, constructive and open dialogue on all the major factors affecting the country, including political, economic and social issues.

The President also took the opportunity to reiterate his priorities for his second term. These include redoubling efforts to increase employment and make our young people more employable; paying special attention to public policies designed to benefit women and girls; improving general living conditions; promoting decent housing for all; protecting the environment, and reforming public administration to support development and Senegal's emergence on the world stage.

Grand Cross of the National Order of the Lion

Grand Officer of the French Legion of Honor

Grand Officer of the Order of La Pleiade

Grand Cross of the Order of the State of Palestine